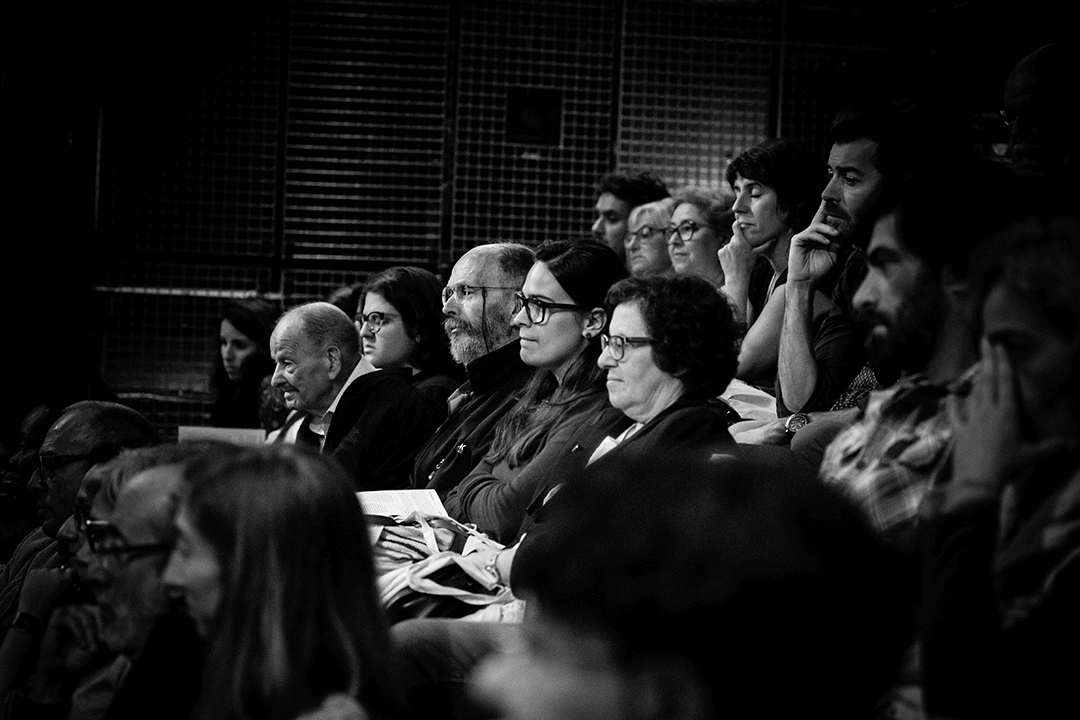 This edition was mostly aimed at Lisbon residents that had no habits of cultural fruition in the context of performative arts, but who manifested interest in changing this situation. Thus, three distinct groups were created – children, teachers and adults.

The first group was composed by a 2nd Cycle class of the Elementary and Secondary School Passos Manuel. The choice of this group was related with the adequacy of this age range and the level of education to the project’s objectives and the nature of the activities to be developed.

The second group was constituted by teachers (active or under training), educators and cultural mediators. This group’s constitution was based on their double status – as (potential) audience per se and as mediator between pupils and artistic production /cultural programming.

At last, the third group was grasped among the city’s adult population, through an open call.

This edition was developed along two seasons – 2016/17 and 2017/18 –, with each of them fulfilling a program and specific objectives.

The first season’s activities were centred in the approximation and familiarization between the participants and the Theatre, including the accompaniment of rehearsals/shows and meetings/conversations about habits and representations around the cultural production, reception and programming. Each group also approached specific questions – the younger group constituted the Critics’ Club, thinking about analysis categories of the shows and writing critics about the shows they’ve watched; the teachers problematized their mediators’ role between School and Theatre; and the adults’ group closely accompanied some rehearsals and the work of some elements of the São Luiz Theatre’s team.

The first season finished with the event The Audience Hosts (O Público Recebe), seeking to communicate, through different activities such as the Critics’ Club Gala and the Audience Manifesto, the participants’ experiences and reflections along the project.

In the second season, the project continued with two groups – adults and children –, seeking  to deepen the participants’ involvement and reflection around this cultural institution’s programming and production dynamics.

The adult participants were invited to integrate the Curatorship Laboratories, during which they had contact with different programming experiences and, together with the project’s and São Luiz Theatre’s teams, defined a programming segment. This proposal was presented at the end of the season, during The Audience Days.

The Critics’ Club, composed by the children’s group, continued its reflection and aesthetic appreciation work, deepening its critical analysis of shows  and the elaboration of texts mirroring their perspectives. 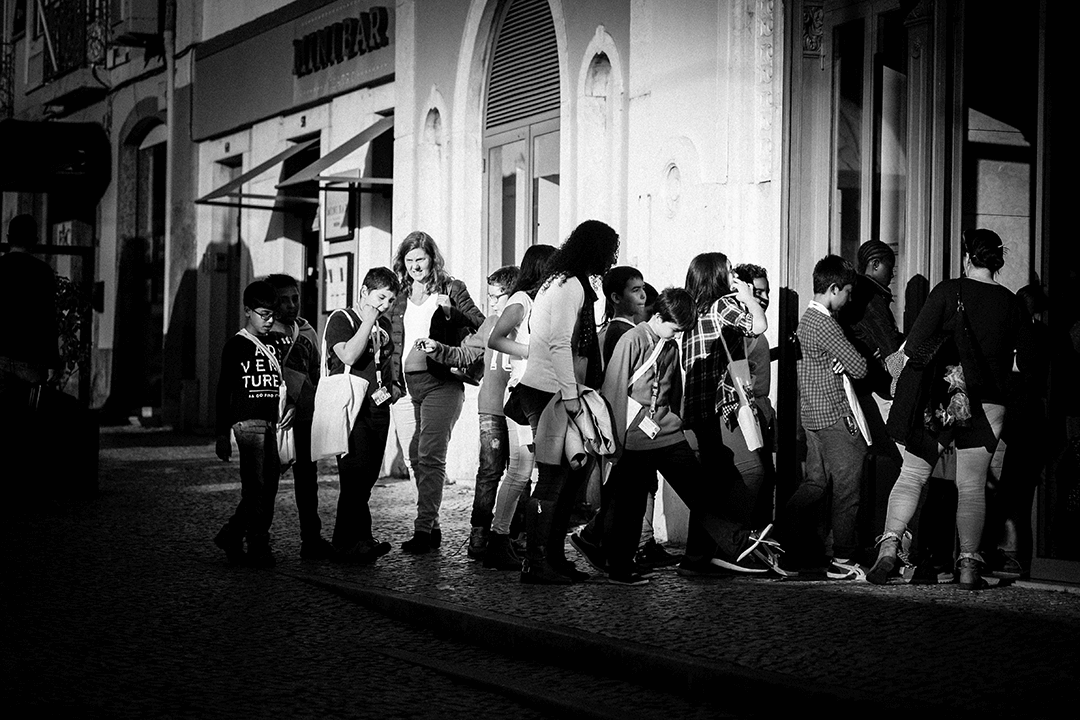 Along the first season they watched shows, talked with the artistic teams and developed a critical analysis work of the shows and rehearsals they’ve followed.

This work culminated with the Critics’ Club Gala, performed in June 2017 and integrated in the event The Audience Hosts.

In the second season, the Critics’ Club continued its reflection and aesthetic assessment work, deepening the critical analysis of the shows and the elaboration of texts. It was intended to create a prominent space for the children’s view on the artistic production that is directly aimed at them, a gaze that, although diversified, complex and transporting social specificities, also participates in the city’s life and whose contributions should be legitimized, namely in their daily relations with the place they inhabit and with its cultural and artistic apparatuses. 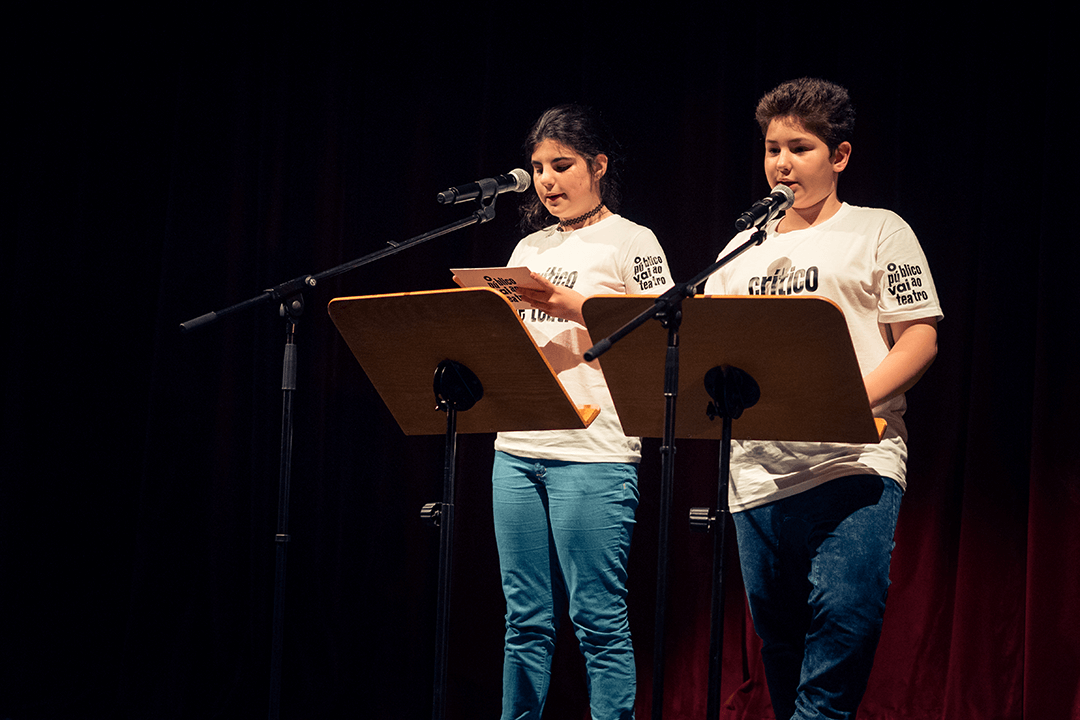 In the first season, the children of the Critics’ Club watched shows, attended rehearsals, talked with the artists, developed a critical analysis work of the rehearsals and shows they’ve seen and wrote critics. At the end of the season, as corollary of their work as critics, the children were challenged to create the Critics’ Club Gala: they defined the awards’ categories, nominated shows, voted and, in a formal ceremony, delivered the awards.

The Critics’ Club Gala was performed on the 4th of June 2017, integrated in the event The Audience Hosts. 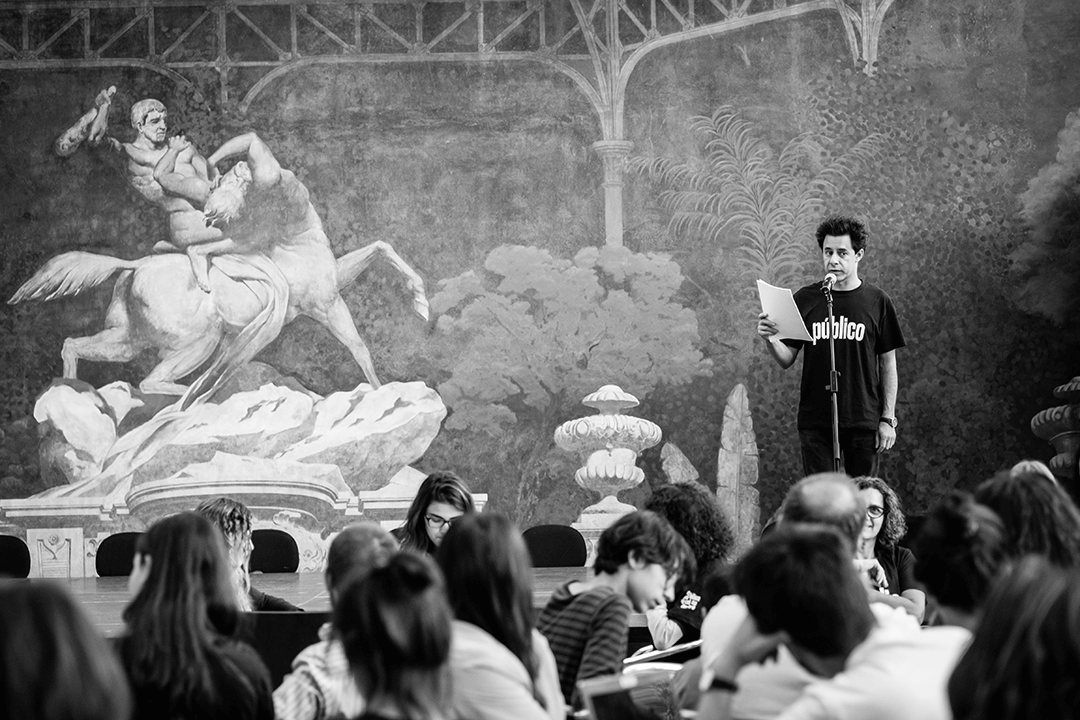 During the 2016/17 season, the project’s participants accompanied a specific program which integrated diverse activities, among which guided visits to the theatre and accompanying shows and rehearsals, as well as meeting with the creative teams.

Along these meetings, the adults’ and teachers’ groups developed a reflection about their cultural fruition habits and the relation between cultural production, reception and programming. Departing from this work, the participants elaborated a charter of the spectators’ rights which they called Audience Manifesto.

This manifesto was presented by the project’s participants on the 4th of June 2017, in the São Luiz Theatre, integrating the program of the event The Audience Hosts. 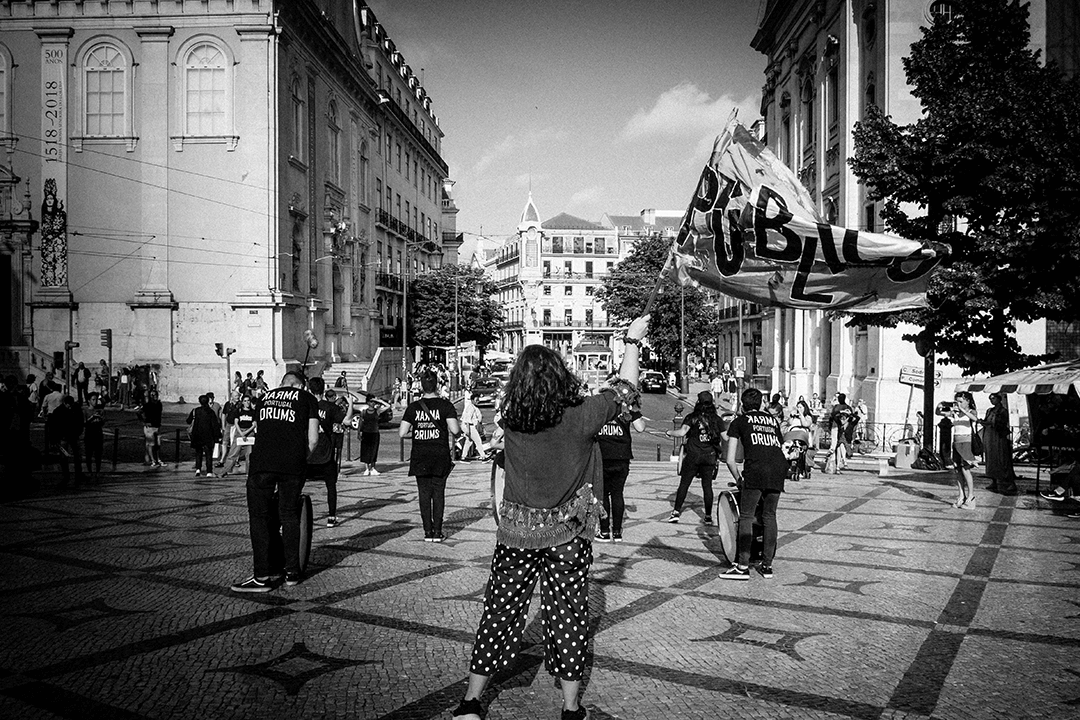 During the 2017/18 season, the project’s adult participants were invited to deepen a reflection around the theme of cultural programming and to risk themselves the act of programming.

Along several months, they participated in the Curatorship Laboratories, which allowed these participants to know several professionals and programming experiences. From this experience, the participants outlined, in collaboration with the project’s and the São Luiz Theatre’s teams, three days of programming, assuming the strategic lines’ and target audience definition, as well as the choice of program and budget management.

Hence, between 14 and 16 June 2018, the São Luiz Theatre hosted The Audience Days, three days of programming bent over the theme “The Theatre as Public Space”, addressing the dynamics between cultural institution/city/population. 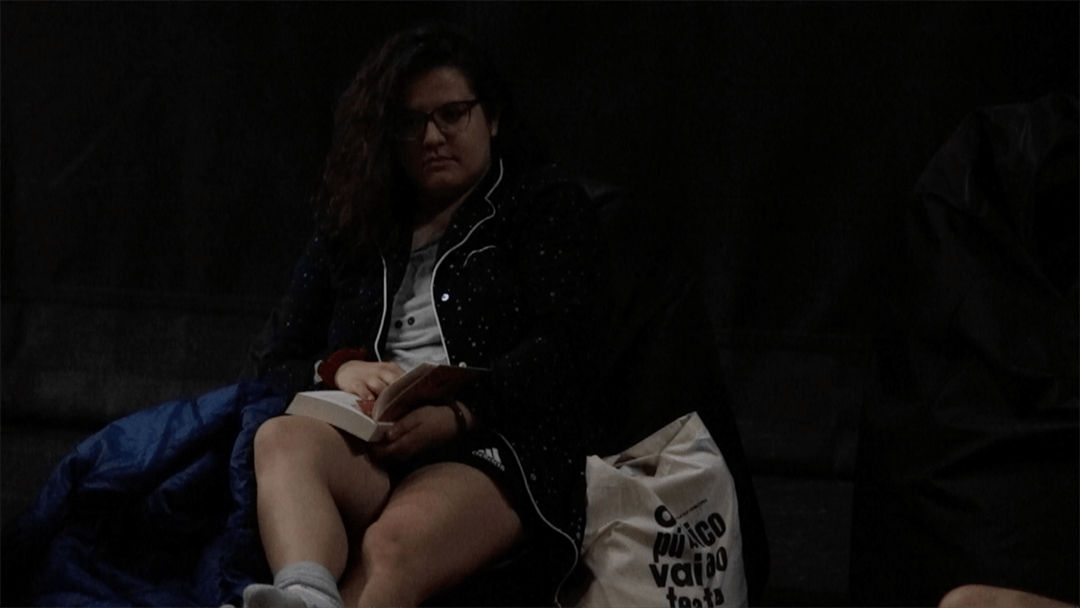 Helena Inverno’s documentary Target Audience (Público-Alvo) accompanies the preparation and execution process of The Audience Days, which concludes two years of the engagement and participation project of its members in the day-to-day of São Luiz Theatre. Departing from the Curatorship Laboratories, which allowed the participants to know several professionals and programming experiences, and passing through the joint definition of a programmatic line, subordinated to the theme “the Theatre as Public Space”, we arrived to the accomplishment of these days and the implementation of a multiple proposals of occupation of the different building spaces and of irruption of the city’s quotidian inside the Theatre. The documentary was part of the programming of the commemorations of São Luiz Municipal Theatre’s 125 years.