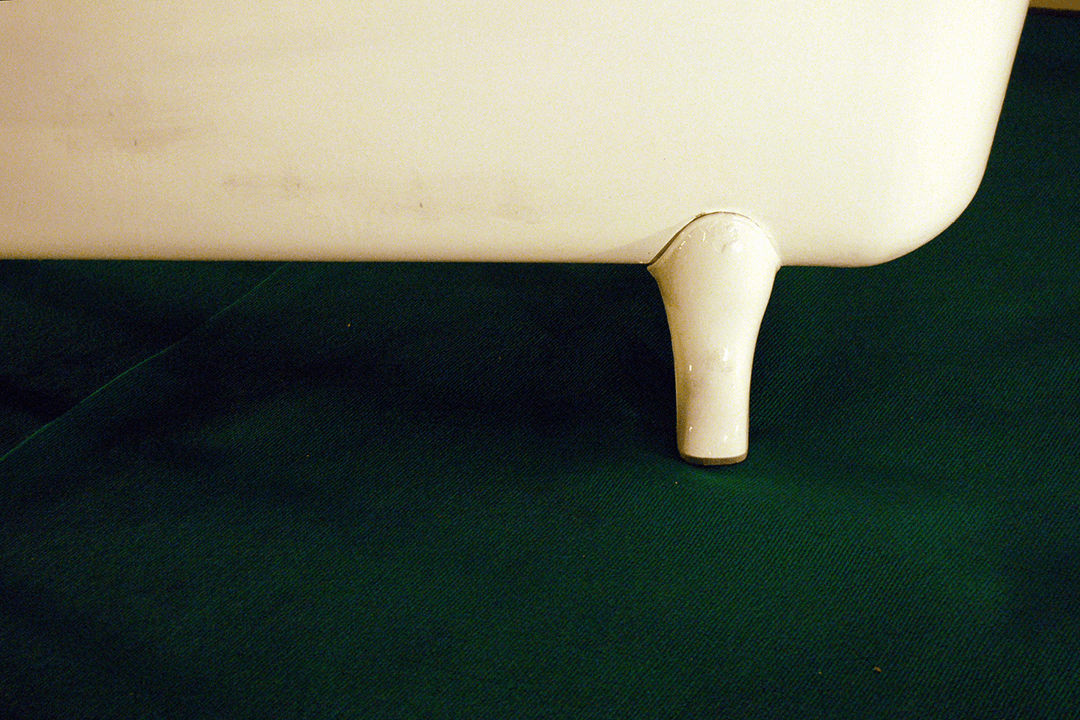 “More than an attempt of creating a world apart, in what could be an escapism to a closer dialogue with an infant-juvenile audience, Projecto_Banheira is rather an intense dramaturgic exercise, both at the textual and plastic levels.”

Tiago Bartolomeu Costa, “From the place from where one sees – on the work of teatro meia volta e depois à esquerda quando eu disser”

The production proposal for the ‘Object’s Cycle’ consisted in the selection of daily use objects as departure point for creating dramaturgic universes. The first object chosen was the bathtub.

Bathtub_Project (Projecto_Banheira) starts off from an enunciation – a retail of reality as a motto for the construction of a possible world. The bathtub as a daily-use object fulfils a functionality purpose. But as any object which crosses our day-to-day, also the bathtub is surrounded by a tight mesh of connotations which make it transcend its object status and gain the dimension of symbol. This mainly derives from an experiential thickness we associate to the bathtub space – which is, unavoidably, a space of the human.