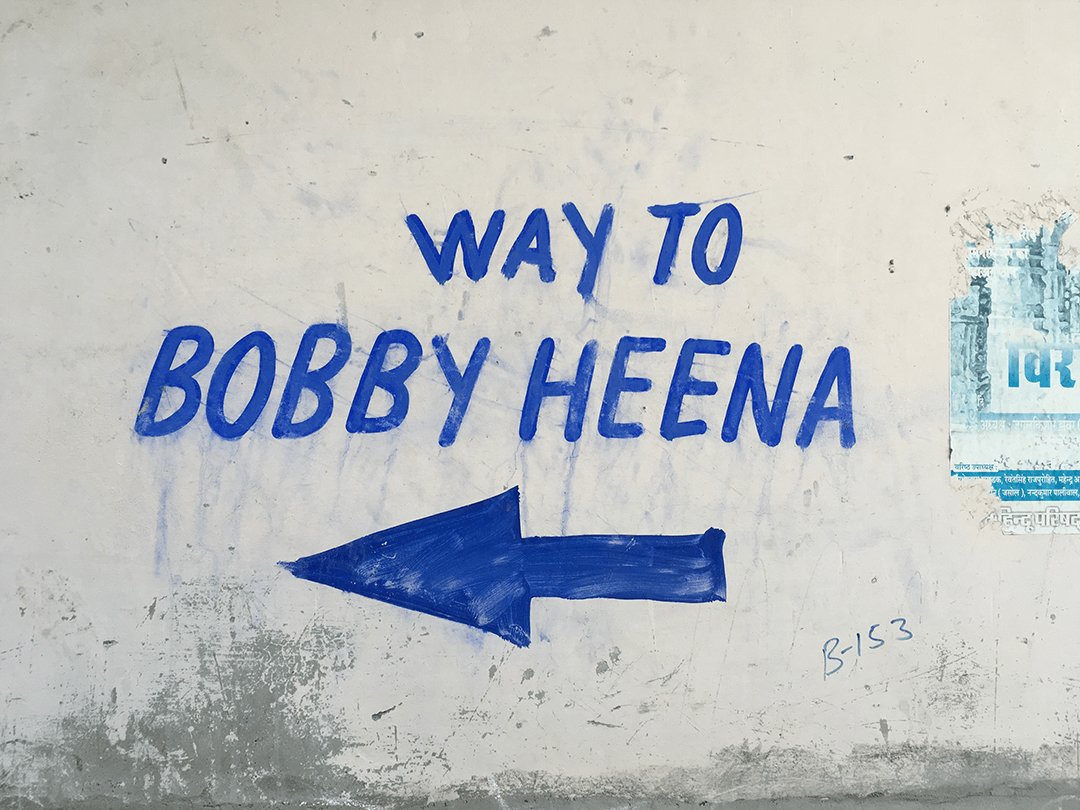 In Way to Bobby Heena, Alfredo Martins addresses, as in Días Hábiles, the experience of lengthy travelling as a confrontation between a white body, marked by its personal and collective story, and a dense and contradictory territory: India.

In a Jodhpur labyrinthic neighbourhood, one could read on a wall WAY TO BOBBY HEENA with and arrow indicating the left. Hence begins – “Where’s Bobby Heena?” it is asking, today and in this globalized world, for Godot. Assuming the need to cry all that we lost and cogitate, between the late capitalism’s ruins, possibilities of partial recuperation. Seeking Bobby Heena is trying to answer the question “which future?”, searching in these visited places marks of death and rebirth.