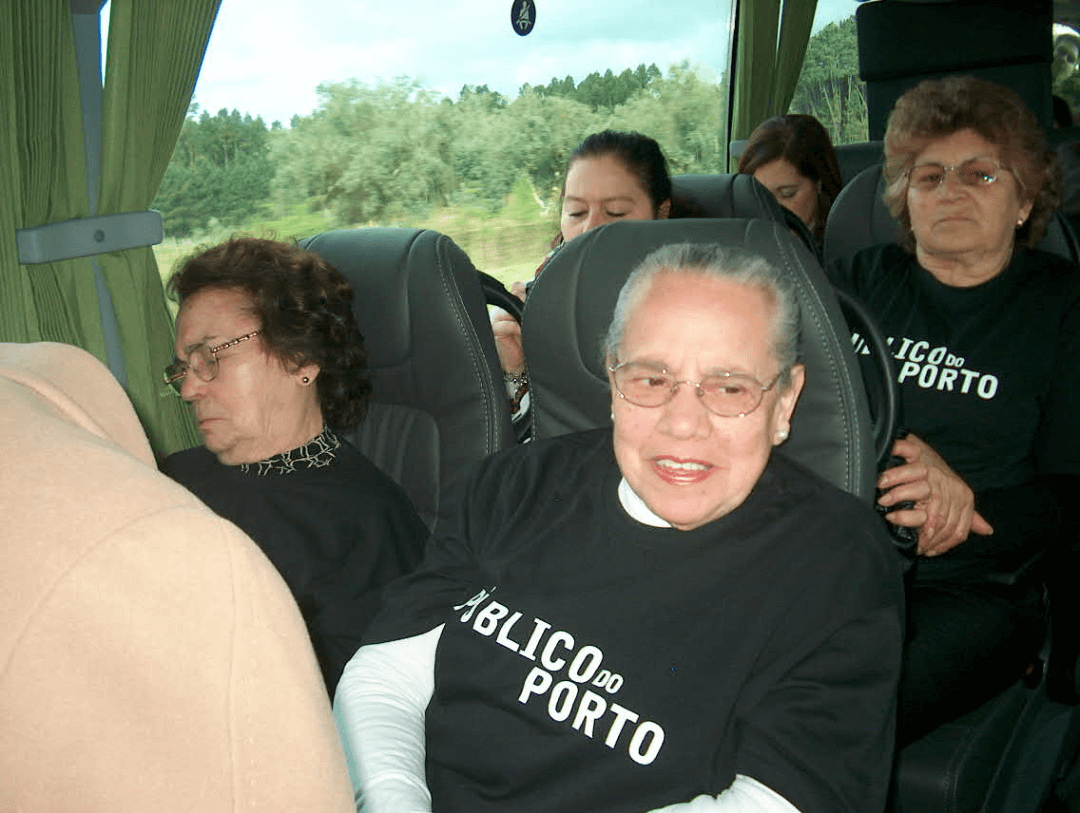 Between 2011 and 2013, teatro meia volta e depois à esquerda quando eu disser invited a group of inhabitants of Sé Parish (freguesia da Sé), in Oporto, to participate in several meetings, during which their relation with the Theatre was discussed. How do they look at the venues, the theatre companies and their city’s cultural programming? Do they feel close or completely aloof? And also the opposite – how do the institutions and theatrical agents look at that audience? How do they answer to the challenge of cultural democracy? Does it make sense to talk about formation of audiences? About accessibility of the art works?

This edition contemplated an extensive meetings’ program, which included the visit to different Oporto’s cultural spaces, the viewing of several shows and also a participation in Oporto’s Theatre Cycle at São Luiz Municipal Theatre. At a final stage, the participants’ group also accompanied the production process of the show Casas Pardas, directed by Nuno Carinhas.

These meetings were accompanied by a sociologists’ team from the Sociology Department of Oporto’s University Faculty of Arts (Faculdade de Letras da Universidade do Porto) – João Teixeira Lopes and Sara Joana Dias –, who produced a final report about the first part of this edition. This work also resulted in a documentary which follows this edition’s itinerary, in parallel with the production process of Casas Pardas.

Report from the sociologists’ team × 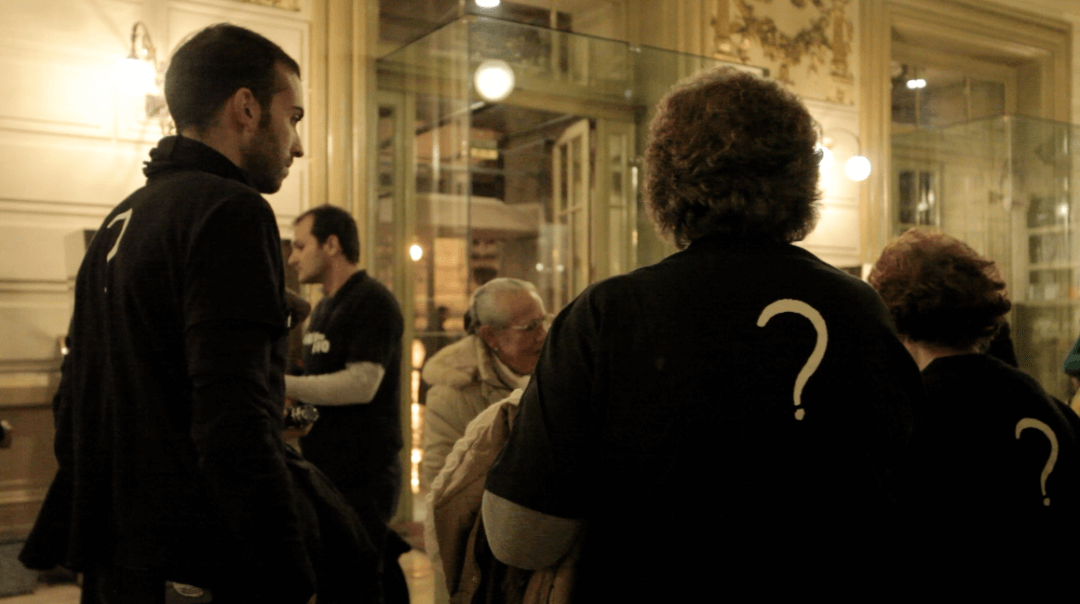 Report from the sociologists’ team ×

“Enunciated as one of the fundamental elements for culture development, the study of audiences in the continued practice remains neglected and put in background in terms of strategies organized by the cultural entities. Going a little against this logic, teatro meia volta e depois à esquerda quando eu disser elaborates from scratch a project for the study of «Oporto’s audience», structuring it in several meeting moments between the «audience» and the «theatre». The analysis and mediation of these meetings present important results for the understanding of the experienced social reality and prejudices that distance the audience from the artistic offer. The approximation of the arts to the local associations, the engagement with society, in this case complemented with the intergenerational intertwining, contribute for the community’s social integration, the sharing of experiences and life stories, the fight against solitude and social exclusion processes, and ultimately the deconstruction of prejudices and formation of «new audiences».

The sociologists experienced in investigation-action in the domain of the formation of audiences exerted a triple function: animators, mediators and evaluators of O Público Vai ao Teatro, preferentially wagering on ethnographic approaches of great involvement with the participants.” 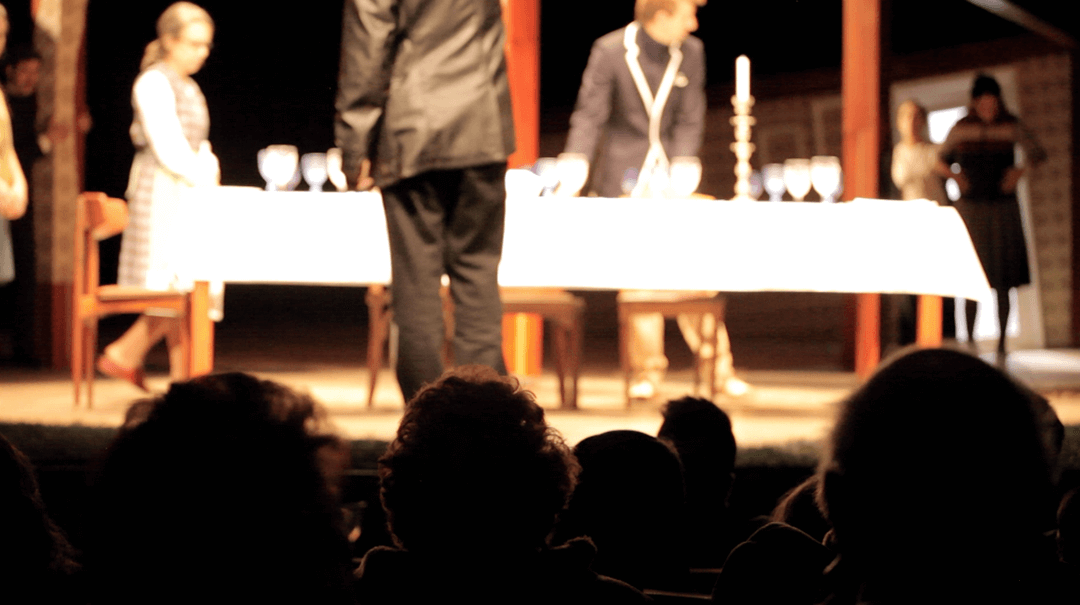 Documentary-inquiry about the audiences and the artistic speeches, this movie follows the steps of a group of Oporto’s Sé Parish (freguesia da Sé) inhabitants who during three months accompanied the assemblage of the show Casas Pardas, directed by Nuno Carinhas, in their neighbour São João National Theatre.

“What is shown is not a work with the community, but the community itself composed of actors, technicians, artists, domestics, retired, students, employed, unemployed, sewers, cooks, theatre directors. And all, but all, asking if the theatre is made like this, with so many doubts and even less certainties. And what distinguishes it from everyday life, after all?

And, in the end, because neither in the theatre nor documentary, because neither audience nor artists, neither institution nor house, an object that preserves days interrupted by the fictionalized quotidian of a show, a show of lives such as Alice’s, Laurinda’s and Belmira’s, who only want to «pass passing by, light step and air already hot, all so outlined against the blue, the chest relieved, the burning sight watching everything’s very exact contour».”