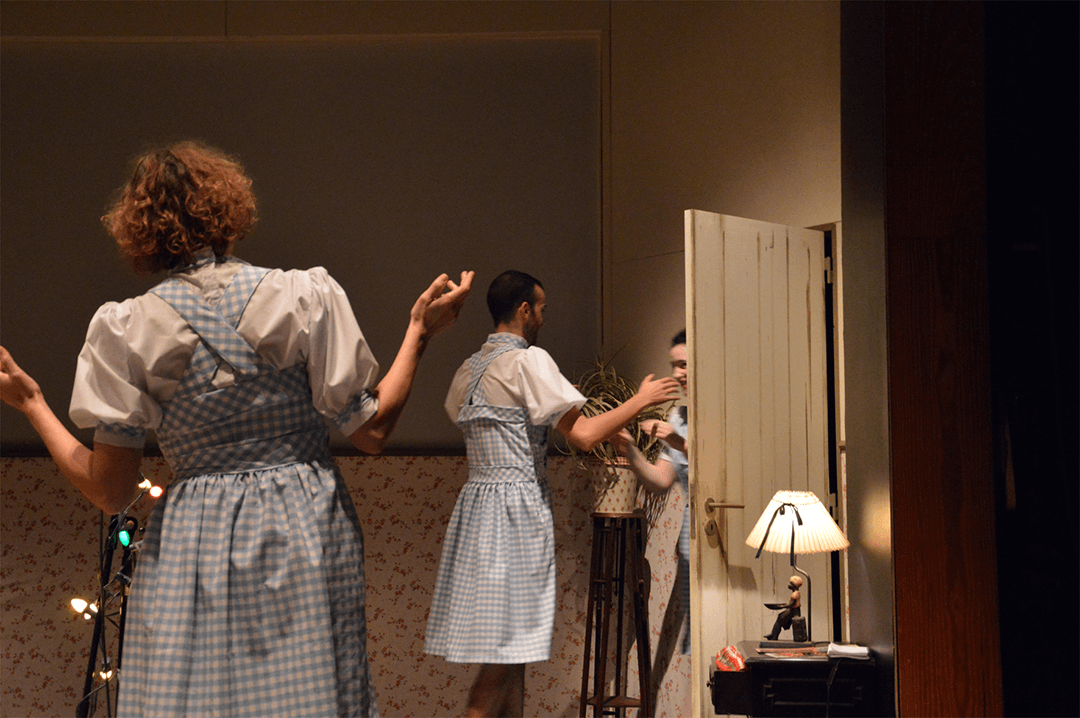 OZZZZZ proposes a new look on the “Wizard of Oz” narrative, addressing the present mobility on the world scale and the contemporaneous concept of house.

Tickets bought in promotion at Ryanair’s website, five performers dress up for the occasion (the blue and white dress and the ruby shoes) and present themselves for the check in, at the airport. A journey is therefore initiated intending to reconstitute Dorothy’s original voyage. With no return date fixed and only with hand luggage, they wander through the unknown city, assaying their concept of home and, at last, finding the return path. Written postcards or conversations through skype, orders of chorizos “da terra” or electronic interfaces mediate the communication between Dorothy and the world and gauge the distance between herself and Home.