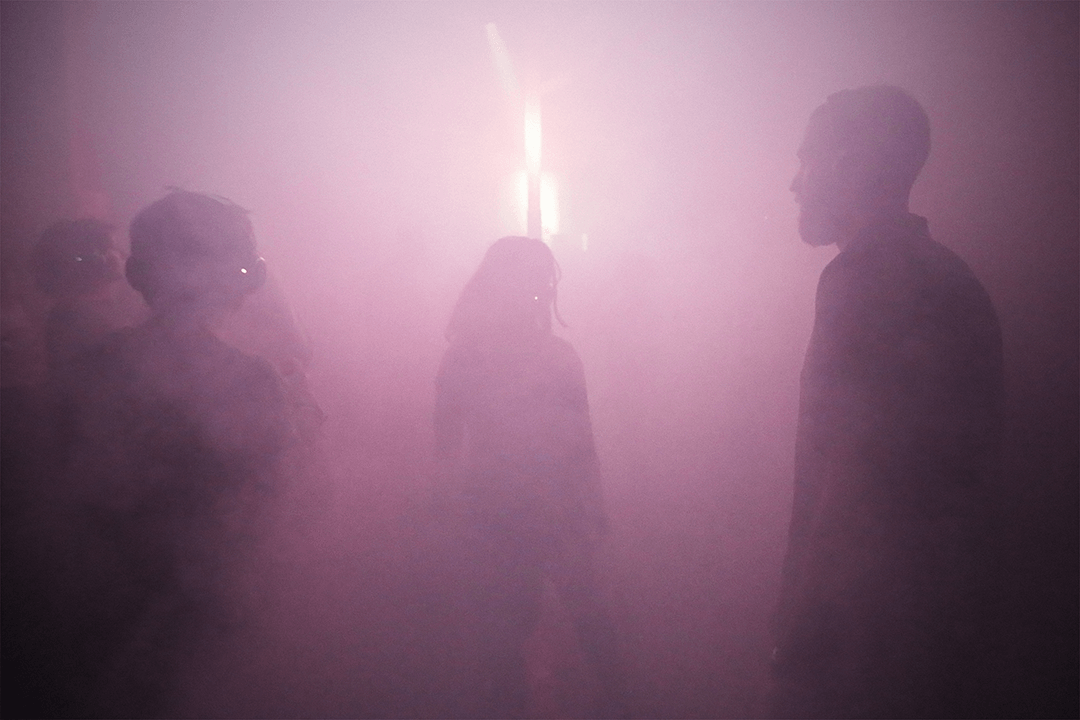 ‘Silent disco’ parties are a recent tendency in the ‘clubbing’ world. ‘Silent disco’ became the common name for the events in which people listen to music through wireless headphones, as it would be normal, through the columns’ system. This type of parties became particularly popular in music festivals, allowing the user to share music and rhythms silently and remotely, guided by a distant DJ. When observed from the outside, they give the impression of being in front of a silent room, full of people dancing to the rhythm of nothing.

Silent Disco is an immersive show that happens in clubs, exploring the potential of the ‘silent disco’ parties’ technology. The audience forms a temporary community, guided through headphones through the club’s empty space. This show seeks to speculate on the nature of ‘clubbing’ as an act of resistance, capable of reconfiguring forms of reflexivity, affection and corporality. Spectacular identities, multiple sexualities, hedonistic consumptions, crude physicality – may these constitute as political practices of resistance?