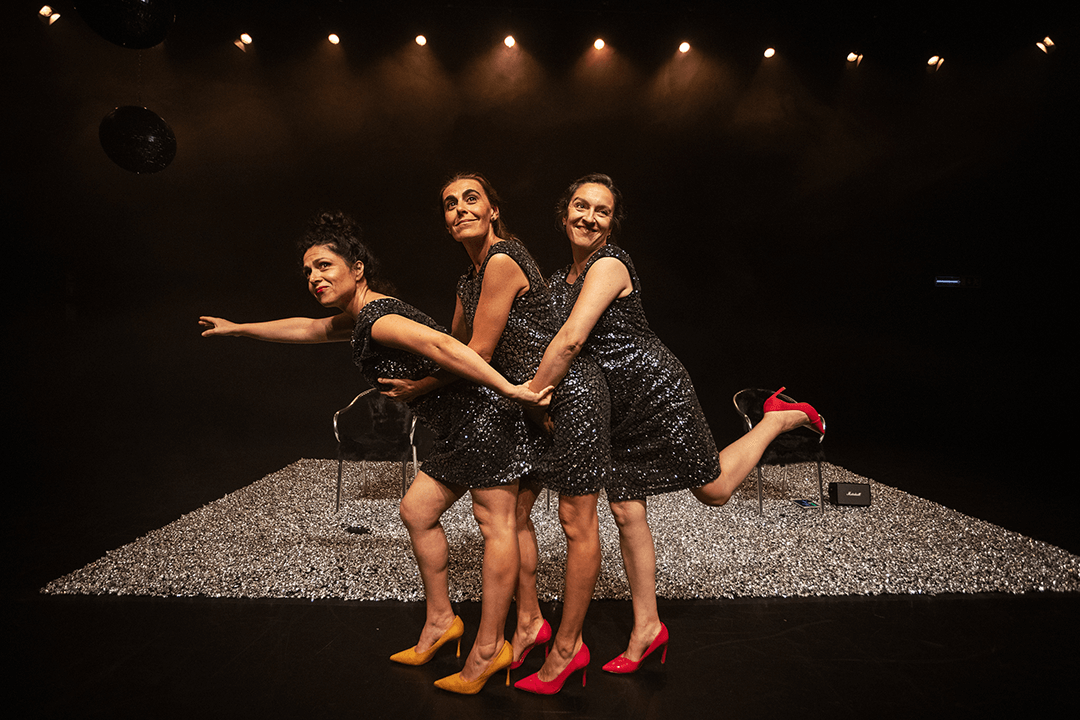 I saw a man on a bicycle pass as if the world was collapsing behind him. A woman pushed the bike. I would tell you this and it might even be true, but would also be insufficient to illustrate this problematic which shapes the world. The world is always collapsing, the men pedal, the women push. And it’s not quite like this.

It’s a thin thread, it could be said the wafer-thin thread of a kitchen knife, the one that seeks to distinguish men and women. It comes seeking, for centuries, to cut us in two halves which miraculously will make us fit. The error of a knife evades them. There’s nothing to cut or to draw in firm form, only that from this they made us, I risk, wasting time (too much? so much?) looking for parts inside us and in the other. Here I speak of love, which generally is where all this aggravates, but I also speak of us with us, the most prolonged and safe solitude.

P.S. – The Three Lonely (As Três Sozinhas) bends over the individual subjectivity with its jokes, manias and bickerings, to reflect about disciplined bodies and transgressor bodies. Bodies of women, with specificities, desires and mysteries that surpass the disciplines of power. Is it a vengeance show? Sometimes. We may see Macbeth’s witches  crossing the centuries, tired of the balefire and the extermination, involved in movements, the Suffragettes, the feminist waves, the punk bands, shouting undisciplined speeches, rebels and implacable, talking with Rosa Parks or Carolina Beatriz Ângelo, Princess Diana or Lorena Bobbitt.